The Australian-Thai Chamber of Commerce is delighted to inform our Members that former AustCham Thailand President, Mr. Kenneth Bradley, was awarded a Medal of the Order of Australia (OAM) at the 2019 Queen’s Birthday celebrations in Australia.

Current AustCham President, Mr. Wayne Williams, said “It was great to see a stalwart of the Australian-Thai Chamber of Commerce receive such a prestigious honour for his work in both Australia and Thailand.” He went on to explain “for those who don’t know, Ken Bradley was President of the Australian-Thai Chamber of Commerce in 1987 when the Chamber first started the clearing of the Hellfire Pass site at Kanchanaburi. The project would later be funded and managed by the Australian government to establish the museum and grounds you’re able to visit today. But it was the early initiative and hard work of the Chamber, led by Ken Bradley, that laid the foundation for the project to realise its potential.”

We touched base with Ken and asked his words on the early days and where he is now:

“My reason for being in Thailand was to assist in the successful startup of a project to supply natural gas from the Gulf of Thailand for the generation of electricity. From an initial position as chief geologist I soon found myself Exploration Manager of a very active group of 25 expatriate geologists and geophysicists, a great team of local people and a situation where deadlines constantly demanded to be met. At the peak activity we had eight drilling units operating on platforms in the Gulf and these ran 24 hours a day. In the early days I had three children at school here in Bangkok before they left for high school in Australia.

So, I joined the AustCham committee in 1982, and inherited the Chamber’s contribution to the Rattanakosin Bicentennial celebration, from President Bob Goninon. The project involved delivering electricity via a micro-hydro turbine scheme to a village of families resettled following the construction of the Khao Laem dam on the Kwae Noi River.  Engineers from the Snowy Mountains Engineering Corp. associated with the dam construction provided the technical support. The Huai Kui Mang scheme was officially opened by the then Crown Prince HRH Maha Varijirlongkorn in April 1984.

In May 1984 one of the SMEC engineers accompanied a party of ex-POW to visit Hellfire Pass on the abandoned section of the WW2 railway on land owned by the Thai Military. Jim Appleby developed notes on this and other areas of the railway in response to a request from Canberra for information about a likely site for a memorial. As SMEC had completed their work and were leaving Thailand I volunteered to head up the project and was eventually successful in having the Chamber agree to support the work.

My committee was made up of volunteers from the Australian Embassy, SMEC and Australian business people working in Thailand.  The Defence Attache Colonel Lachie Thompson was a vital help. I also had intensive correspondence with the ex-POW “Tom” Morris of Canberra who had initiated the idea of the memorial and I worked with him to establish the history of the railway. We became firm friends. In March 1985 we received permission from the Thai Ministry of Foreign Affairs to construct the memorial. The first ATCC tour of Hellfire Pass followed and in April I accompanied the Weary Dunlop Tour of the area.

I then understood it would be useful to have a detailed map of the Hellfire Pass area so I borrowed a theodolite from a company constructing the then new Bangkok airport and together with a ATCC member Jeff Thomson spent a few days surveying. We were successful in obtaining WW2 airphotos (1944) of the HP area showing the camps, railway and trains. These photos were used to construct a contour map of the district with details of the railway cuttings. The map was sent to ex-POW in Australia and the UK for further detailed annotations.

In July Canberra confirmed funding in the amount of AUD25,000 was available through the Commemoration of Historic Events and Famous People for the Australian Bicentennial celebrations. I then briefed Crown Prince HRH Maha Varijirlongkorn on the HP project at a function at the Australian Embassy.

I then became involved in numerous trips to HP, accompanying visiting POW and their families, politicians (Bill Hayden, Tim Fischer, Bob Hawke), etc. and exploring further out from the HP site. We produced sliced pieces of the original rails to sell to raise further funds. One POW friend Bill Toon used the slices together with talks in Australia to eventually raise AUD23,000.

In January 1987 we negotiated with the local military the final design for the access pathways and construction commenced.

On 23 April 1987 I together with Chamber member Adrian Gundlach installed a memorial plaque in HP, and on 26 April we held the dedication ceremony in the company of the Australian and NZ Ambassadors, Weary Dunlop, Tom Uren and Senator Sir John Carrick, and many ex-POWs.

In March 1988 we collected 10 original rails and 40 sleepers and spikes from the Wang Po area and sent most of these to the War Memorial in Canberra. A display was eventually made of these items in the museum.

During the February 1989 visit to the war graves at Kanchanaburi by PM Bob Hawke I presented him with a rail slice and briefed him on the HP project.

In March a platoon from C Company 3 Battalion RAR from Butterworth laid some rail and sleepers in HP and repaired the access pathways.

Near the end of 1989 I was transferred to Myanmar to establish an office in Yangon where for the next three years we would continue to search for oil. I unsuccessfully attempted to create an Australian Chamber of Commerce there but it was not the right time for such things.

I am currently in the process of arranging the documents, correspondence, maps, videos, photos, etc., used in the HP project to 1989 to be properly filed and packaged and ultimately deposited with the Australian War Memorial in Canberra.”

MEDAL (OAM) OF THE ORDER OF AUSTRALIA IN THE GENERAL DIVISION; page 37. 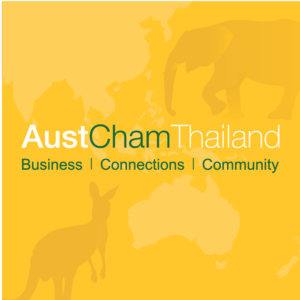