Change During a Crisis

Often, fundamental change in an organisation occurs in a crisis, Bangkok Patana School made that shift as the campus closed and learning moved online. The school went from being fully in person to fully online in what seemed like overnight. Previously, the idea was to let teachers experiment with varied online platforms, so there was enough informed decision-making when it was time to streamline. As the COVID-19 crisis hit, the school pivoted from using these multiple online platforms to using Microsoft Teams. There lay the challenge: How to make a seismic shift of 350 teachers and more than 2,000 students plus their parents onto one platform?

Strategically, there were already pockets of users throughout the school using Teams; there was a person in every Secondary faculty and Year group in Primary using this platform. Those teachers could then spread their experience and understanding horizontally. The adaptation to Teams was not from the top down but spread out. As the Cross Campus Assistant Principal for Technology and Learning Brian Taylor said, “To beat the virus, you had to think like the virus. So, the people familiar with it could help those just learning.”

At a time when the rest of the world and other schools around us were flocking to Zoom, Bangkok Patana bucked the trend and moved in a different direction. Microsoft Teams was chosen over Zoom for several reasons; Zoom is great at videoconferencing and video calls but collaborative work and communication beyond video meetings was key to not just the learning the students were doing but to their well-being. Conversations and collaboration continue long after the video call is over. Teams offers online chat, sharing of documents in a collaborative manner and allows for virtual conversations that can progress in a more natural manner, just as one does in face to face socialising. While you can chat in Zoom, once the call is over the conversation will revert to emails. In Teams, once the call is over, the conversation continues in chat. Additionally, the Teams emoticons are familiar to people, they help ease the transition from email as they give a more personal feel. As with all similar systems, Teams is also adapting, for instance, adding break out rooms.

So how do you get all these people on board? Brian said that asking staff to affirm out loud they will use Teams was a key action to growing momentum with its use. “Saying it out loud internalises it and then people end up actually doing it more,” Brian added. As with most new tools, the key is to get people using it. Brian points out, “When you install an app on your phone, you don’t read a manual on how to use it. The app needs to be intuitive with no activation barrier to using it. It shouldn’t require serious training to use. Teams works in much the same manner, using the same habits you have in your social media; using chat, emoticons and video calling.” He said that for many staff the transition to using Teams was a struggle because of their mindset, that business communication had to be formalized in email, which is very different from the social media style “chatty” dialogue on Teams. “One of the main issues has been that people are guided by making sure they are doing the right thing, following the correct procedures,” he said, “There has been a struggle for people to decide which is the ‘right’ one to use, but really they should use the one that facilitates conversation and collaboration.” The Teams mobile app also facilitates the conversation.

“The students, of course, took to it like a duck to water,” Brian said, “In fact, they are still using it today even though they are back in school as they find it facilitates conversations and collaboration. The benefit of this is that it is inside the school and not out there in the public. We can access all interactions and support as needed. What happens here stays here.”

One of the benefits of Teams beyond its across the board options for working together, is that people use it just for work. It isn’t wrapped up in their personal lives like Facebook, WhatsApp or Line. It facilitates the separation between work and personal lives.

“Of course, the best communication is face to face, next is video. Then a phone call, then chat with emoticons as it can still express emotions,” Brian offered, “Email is poor because people will interpret your words based on how they are feeling at the time.”

“If you want rapid implementation of a technology like this then think of the long game, remember, it is better to be right than to be first.” 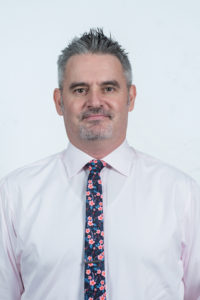 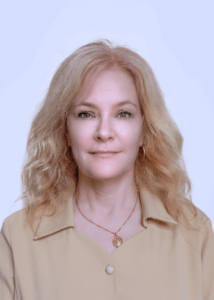