Mr. Nattha Kahapana, Managing Director, Knight Frank Thailand said that, in the first half of 2022, the condominium market in the Cha-Am- Hua Hin – Khao Tao area generally started to improve, compared to the same period last year, given the relatively low supply of condos in the market and the fact that developers have been consistently organizing promotional campaigns to sell their remaining units. One new in-land project was launched in the first half of the year, Hay Hua Hin, which starts at around 1.39 million baht per unit. There were no new projects on the coastline launched during the first half of the year and the supply in the market remains low. According to our market research, it was found that new high-rise projects will be launched in the third quarter of 2022, which should increase competition and diversify the condominium market in Hua Hin.

The cumulative supply of condominiums in the Cha-Am – Hua Hin – Khao Tao area before 2008 to the first half of 2022 totalled 28,307 units. In the first half of 2022, the supply of new condominiums launched for sale came from one project, with approximately 252 units. Called the Hay Hua Hin project, it is located in the Petchkasem Road area, near Hua Na Thap Tai Road. The condominium supply is concentrated in the Cha-Am area, accounting for 57 percent, followed by the Khao Takiab area and the in-land area at 13 percent and 12 percent, respectively. Condominiums in the Hua Hin area accounted for 10 percent, while condominiums located in the Khao Tao area accounted for 8 percent. Most of the condominiums are units with no sea view, which make up 55 percent of the supply. Sea view condominiums represent 45 percent of the total supply.

Thai people living in Bangkok still comprise more than 90 percent of the main buyers, with Thais in other provinces making up 5 percent and foreigners accounting for 5 percent. Demand is quite responsive to average asking prices below 100,000 baht per square metre, with a good sales rate and mostly for projects without sea views.

Condominiums in Khao Takiab enjoyed the highest sales rate at 96 percent, followed by in-land condominiums in the area and Khao Tao, with sales rates of 93 percent and 91 percent, respectively. In the Hua Hin and Cha-Am areas, the sales rates were 88 percent and 69 percent, respectively. The most units remain in Cha-Am, with 5,078 units or about 85 percent of the remaining supply.  At present, there is almost no land next to the sea in the Hua Hin area that can be developed for projects. Suitable land for project development remains in the Cha-Am area, but it is still less popular than Hua Hin because it is relatively far from the amenities. However, it was found that there is still enough land next to the sea to develop in the Khao Takiab zone. When looking at the more recent projects by the sea, the units have an average asking price of about 150,000 baht per square metre. In the area on the non-coastal mountain side, there is still a lot of space left for project development. This land should be of interest to investors because it is located in the Hua Hin downtown area. Also, it is favoured by foreigners and can be developed into units with an average price per square metre of less than 100,000 baht.

The Hua Hin condominium market in 2022 has improved and started to have more purchasing power return, causing some of the remaining units to be sold. This is especially the case for projects by the sea where there are not many units left for sale and very limited to no land available for the development of beachfront projects in the city of Hua Hin or Khao Takiab. Should there be projects developed by the sea, however, the average price would rise to a rate that may be higher than 150,000 baht per square metre, due to the scarcity of such lands and the prices of construction materials that have continued to rise. Meanwhile, projects in the Cha-Am area may take some time to sell their remaining units and some projects may drop their prices due to the age of the condominium. For completed, ready-to-be-occupied projects in Hua Hin, as of the beginning of 2022, there have been ongoing promotional campaigns to close project sales, which reflects that condominium projects in Cha-Am – Hua Hin – Khao Takiab are in balance in terms of both supply and demand. According to market research, there will be a new high-rise project launched in the Vana Nava water park area. The highlight will be the views overlooking the sea from the units. This will provide new supply to the market in the second half of 2022, and it should add vibrancy to the overall Hua Hin condominium market. The launch of such a project reflects the trend of condominiums expanding to more offshore areas since there is still quite a lot of land left to develop. Should there be acceptance of the asking prices, as well as outstanding and interesting features, buyers may respond better to the projects. 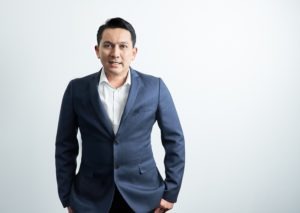