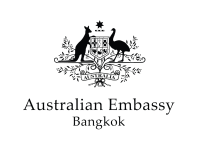 •             Yesterday was the first day the House deliberated on the 500 billion THB loan decree aimed at revitalised the economy. There have been various developments:

The Finance Minister clarified to the House that the former 1 trillion THB loan has almost been depleted. The Minister said that according to IMF, the debt-to-GDP ratio is around 50.69 percent and within the framework allowed.—Krungthep Turakij

Last evening, the Opposition Move Forward Party requested the PM to attend the House deliberation and threatened to call for a headcount. The PM later attended the House before 6pm.—Krungthep Turakij

A Move Forward MP questioned the rationale of the budget to ‘revitalise the economy’ with a Royal project ‘Kok Nong Na’ model which poured the four billion THB budget to 157 military barracks.—BBC Thai

•             The coalition is going to file their constitutional amendment proposals within this House session:

Three minor coalition parties (Bhumjaithai, Democrat and Chatthai Pattana parties) plan to submit their proposals of charter rejig to the House speaker after the government have a discussion on this mid-next week. The highlights of the proposal is to strip the NCPO hand-picked senators of power to join the lower chamber in voting the PM; and to abolish the Mixed-Member Apportionment (MMA) system and return to first-past-the-post and party-list systems.—Inside Thailand

The main ruling Palang Pracharat Party (PPRP) is aiming to file its proposal to amend the electoral systems to be that of first-past-the-post and party-list systems. The MP and Deputy head of PPRP said that the party is against the three coalition parties proposal to amend Article 272 (Senate power to join the lower house in voting for the PM).

•   Krungthep Turakij outlined five potential timelines for the House Dissolution which the tenure is until 23 March 2023. The five timelines include:

1.  House Dissolution at late 2021 or around November to December, considering the passage of 2021 budget into coalition parties constituencies;

2.  House Dissolution at early 2022 which the PM and government will encounter the other round of censure debate which would affect the government popularity.

3.  Mid 2022 after the pandemic is completely curbed, having the positive impacts for the government popularity due to the kick-off of the government projects and civil servant reshuffles.

4.  Late 2022 is the ‘golden time’ for the PM and the government to dissolve the Parliament considering all economic engines have resumed to its full powers. Yet, the intra-coalition conflicts might not make the timeline possible.

5.  Early 2023 will fulfil the dream of a government which could be in power in full House term, which only former PM Thaksin had the record.—Krungthep Turakij

1) speed up the vaccination pace and reopeg the various provinces to international tourists through the sandbox model on time.  If achieved, this will enable to the Thai economy to pick up in Q4 of this year; earlier than its original forecast of Q1 2022.

2) raise the amount of cash-handout through the upcoming Khon La Krueng scheme from 3,000 Baht to 6,000 Baht per person to bolster domestic consumption in Q2-Q3.  This could generate 1.8 trillion Baht for the Thai economy

3) TBA will work with Bank of Thailand to adjust the conditions of BOT’s asset warehousing scheme to broaden its accessibility to SMEs and rein in NPLs.  Sources:   Naew Na Bangkok Post