Thailand promotes investments by granting tax and non-tax incentives to investors in a variety of  categories and locations of businesses under the Investment Promotion Act B.E. 2520 as amended (IPA) and the Eastern Economic Corridor Act B.E. 2561 (EECA).

The Board of Investment of Thailand (BOI) is in charge of granting incentives under the IPA.

Under the EECA, 10 targeted industries located in the designated Special Economic Zones (SEPZ) in the Eastern Economic Corridor (EEC), i.e. Chachoengsao, Chonburi and Rayong are the next-generation automotive, smart electronics, affluent and wellness tourism, agriculture and biotechnology, food for the future, robotics, aviation and logistics, biofuels and bio-chemicals, digital and medical hub.  The EEC Policy Committee has recently included national defence and educational and HR development industries in the targeted industries but their implementation rules have not yet been issued.

The EEC Office (EECO) operates as the Secretariat of the EEC Policy Committee in approving incentive under the EECA.

2. Tax Incentives under the IPA

If a project is promoted under the IPA, the promoted project can be granted these tax and duty incentives:

3.  Non-Tax Incentives under the IPA

The major non-tax incentives for promoted projects under the IPA are the following rights:

4. Tax Incentives under the EECA

Projects promoted under the EECA are granted these tax and duty incentives:

5. Non-Tax Incentives under the EECA

The major non-tax incentives for projects promoted under the EECA are the following rights:

In addition to the above, the EEC Policy Committee can also grant other rights and privileges under the investment promotion law and the law on enhancement of competitiveness for the targeted industries on a case-by-case basis. 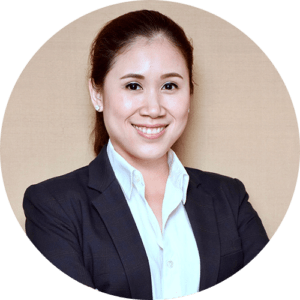 Naddaporn Suwanvajukkasikij, Partner at LawPlus Ltd
Naddaporn holds an LL.M. in international commercial and business law from the University of East Anglia and an LL.B. in business law (2nd Class Honours) from Chulalongkorn University.  She is a member of the Lawyers Council of Thailand and the Thai Bar Association.  Naddaporn is a notarial services attorney.  She specializes in laws on corporate, commercial, M&A and foreign direct investment.  She has advised local and foreign clients on numerous commercial transactions, banking & finance, corporate, joint venture, real property, employment, business reorganization.  She has extensive experiences in advising corporate clients on legal due diligence investigations and establishing joint ventures and investment projects in Thailand and Myanmar 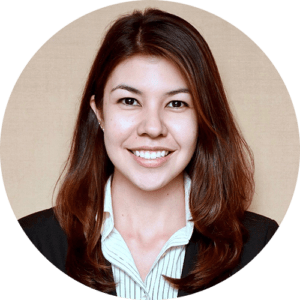 Oramart Aurore Saardphak, Associate at LawPlus Ltd
Oramart holds an LL.M. in international economic law from the University of Toulouse I, an LL.M. in business law from Thammasat University and an LL.B. (1st Class Honours) from Chulalongkorn University.  She speaks Thai, English and French.  Oramart is a member of the Lawyers Council of Thailand and the Thai Bar Association. She is a notarial services attorney. She has advised clients on corporate and commercial matters, intellectual property, prosecution and enforcement.
Share:
Facebook
Twitter
LinkedIn