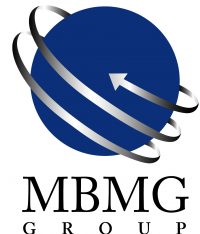 The THB versus the USD has been remarkably resilient in recent years largely due to the country’s relatively low public debt to GDP and limited corporate investments made either in Thailand or abroad, while family savings have also been inclined to stay at home.

This relatively static and localized nature of the economy has meant that the government has been able to cheaply raise all its funding needs within Thailand (yields of Thai bonds on occasions have been less than their equivalent US treasuries).

As Thailand has a wide proliferation of sunset industries and limited high-end manufacturers this has also resulted in trade surpluses and these factors combined have helped push up the THB.

Raising funds inexpensively at home might become more challenging in the months ahead given the severity of the latest Covid-19 wave and the need for huge public relief measures. With borrowing between banks are likely to become more expensive and liquidity less forthcoming in a higher non-performing loan (NPL) environment (which tends to feed on itself) then investors will lose confidence and be more willing to invest abroad and diversify their currency risk.

Sooner than later, the government will be forced to pass legislation that will enable it to raise public debt beyond 60% of GDP and we expect that this will further weaken the THB, and further exacerbate investment abroad.

Thailand has also typically been slow to spend its annual budget thus reducing spiky local debt issuances, but this could change not only due to additional Covid relief measures but that the government may also now see that its time in office is finite and speed up spending (or at least, as fast as the bureaucracy will allow).

This too could indicate upward creeping interbank lending rates, but overall liquidity is expected to still be ample or enough to avoid a central bank rate hike (rates might even fall if, despite Baht weakness, the BOT believes it can maintain inflation between its 3.5% target).

Whilst Thailand benefits from commodities and higher commodity prices, Thailand remains a net oil importer, raising the risk of a double whammy of higher average oil prices in the event of idiosyncratic THB weakness. The combination of higher oil prices and a weaker Baht could potentially turn the current account surplus into deficit, increasing downward pressure on Baht and generating further economic headwinds in the Kingdom.

The general perception is also that the Thai economy, financial system, and currency may be more vulnerable to political risk but that’s a whole other topic.

The strength of financial regulation in Thailand has improved immeasurably over the past 20 years and the BOT has adopted some of the world’s finest regulations, but the corporate environment remains a concentration of connected family conglomerates. Strategic bad debt (healthy borrowers who exploit lenders by defaulting on a loan during a crisis) were common during the 1997-9 ‘Tum Yum’ financial crisis and despite more stringent banking rules on collateral and guarantees, there is no certainty that some of this corporate bad behavior wouldn’t resume.

A range of possible outcomes during this environment and Covid crisis highlights that it’s prudent to diversify assets and currencies. This may not necessarily mean investing outside of Thailand but rather you could also purchase Thai assets that can benefit from a weaker Baht.

We regularly consult businesses and clients on risk and assets, or for investments, asset class allocation, including the security or otherwise of counterparties such as bank deposit accounts. A proper diversified asset mix within the boundaries of appropriately defined overall individual risk parameters is the best way for you to stay safe during the next financial crisis whether that event turns out to be global or localized in Thailand. 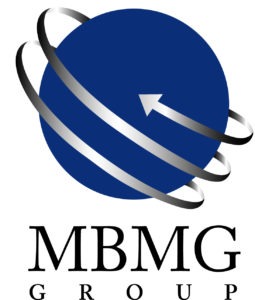