Green ammonia, a sustainable energy solution derived from green hydrogen, has shown considerable promise as an environmentally friendly alternative source of fuel. According to Trafigura, this commodity will begin to be traded in 2025. But what is it, exactly – and how will it fare in today’s volatile energy market?

How ‘green’ is green ammonia?

Excellent for farming, chemical production, and a host of other uses, green ammonia is a rich fuel that is produced through a water electrolysis process that releases minimal levels of CO2. As a side benefit, it can also be converted back into hydrogen for other purposes. Its non-official ‘green’ designation refers not to its actual colour, but instead indicates how little carbon is needed to make it.

As utility prices soar around the world, and people become more aware of the need for sustainable business operations, corporations have every incentive to utilise secondary energy sources such as green ammonia, provided they remain cheap and accessible.

Keeping up with change

Demand for green ammonia trade is therefore rising, even if mass adoption will take time. Some observers expect that the global trade in green ammonia will eventually triple the amount of gray ammonia that was traded in 2020, though such a massive increase may require another twenty years of effort to develop the necessary infrastructure and market growth.

Forecasts indicate that China and Japan will be the largest markets for green ammonia from 2030 onwards, followed by various EU countries – with the Middle East, Australia, and other regions serving as major exporters.

As green ammonia becomes more easily obtainable in the medium to long term, other energy sources could see their own markets disrupted by this cleaner alternative. Part of the appeal of green ammonia is the convenience it brings; while liquid hydrogen needs to be stored in large compressed tanks at -253°C, green ammonia is relatively cheap and easy to manage for storage and transportation.

When liquefied, ammonia is also denser than pure hydrogen, allowing each shipment of green ammonia to carry more energy than a hydrogen shipment of equal size.

To benefit fully from this new commodity, companies will need to make the necessary adaptations. This effort starts with experienced talent in the right positions, who can make the most of the new energy opportunity.

The right team will involve departmental experts who share the company vision. Their expertise can help businesses save on cost while also improving sustainability efforts – leading to a better brand reputation. Other corporations will also be seeking to make similar hires, thus the recruitment window could close rapidly as the potential of green ammonia becomes more widely known.

For these and other reasons, it is wise to act fast. With the help of a recruitment agency in Bangkok, Singapore and London, companies can bring onboard the talent needed to incorporate green ammonia in their operations, and maintain healthy growth moving forward. Get in touch with us today to learn how we can help you. 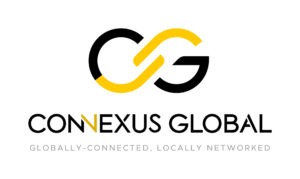 Connexus Global
Connexus Global pride ourselves in our specialist approach to the Value Chain. Our comprehensive functional research facility located in Bangkok enables us to be consistent with our talent pool growth across the globe for each function within the value chain.
Share:
Facebook
Twitter
LinkedIn