Transfer Pricing Law Due Soon: Companies will be required to prepare TP documentation

Unfortunately, the revised draft of the transfer pricing law is not available to the public.  We can, however, make certain assumptions based on the Cabinet minutes and the TRD’s responses to the public hearing process on the second draft of the law which were posted on their website.

As the transfer pricing law addresses the pricing of transactions between related parties to ensure that it is determined on an arm’s length basis, the definition of related parties is key to determining whether the law applies to a transaction in the first place.  The second draft of the law included a definition of related parties which focused on the shareholding relationship between the parties requiring a threshold of 50% before the parties would be regarded as related.  The TRD has confirmed, however, that shareholding percentage is just one factor and there is room in the law to include others.  For example, management control may be included as a factor.

The law will require two levels of documentation: (1) an annual report filed with the corporate tax return which provides information on the relationship between entities and the value of intercompany transactions; and, (2) transfer pricing documentation which would likely include the typical information, being business description, functional analysis and the economic analysis, which addresses the selection and application of the appropriate transfer pricing methods for the related party transactions.

Whilst it is expected that transfer pricing analysis will be prepared at the time of entering into the related party transaction to ensure that the pricing is arm’s length, taxpayers will have 60 days to provide the specified documentation to the TRD after request.  The TRD will have 5 years to request the documentation after the tax filing for the year.

The rules will provide a revenue threshold in determining which companies are required to file the annual report.  This threshold will be specified in a Ministerial Regulation, but will not be less than Baht 30 million.  It is not clear whether the same threshold would be applied for the transfer pricing documentation.  Clearly, however, if the threshold is set at Baht 30 million, not many businesses will be excluded.

Failure to file the report and/or transfer pricing documentation/evidence, or submitting incomplete/incorrect documents or evidence without justifiable reasons, will result in the taxpayer being subject to a fine not exceeding 200,000 baht per offense.  It is also possible that similar to other countries, the TRD may consider reducing or exempting penalty for the taxpayers who have prepared and submitted the required information/document within the period specified by the law.

Perhaps the biggest issue remaining, however, is what the effective date of the new law will be.  The draft law presented to the Cabinet indicated that the new law would be effective for accounting periods commencing on or after 1 January 2017.  However, concerns were raised that the law would have retrospective effect given that it will be passed after the end of the 2017 year.  The Ministry of Finance and the Council of State will consider this matter further.

Once the effective start date for the law is determined, the draft transfer pricing law will be submitted to the National Legislation Assembly for law enactment. 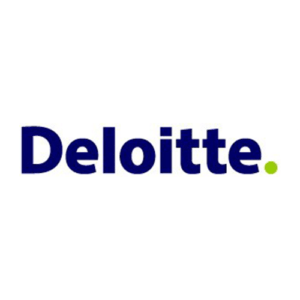