By Baker McKenzie and Pornapa Luengwattanakit, Partner, Head of the International Commercial and Trade practice in Bangkok Baker & McKenzie Limited

Part I: IBC as promoted by the Board of Investment

The Thailand Board of Investment (“BOI“) has repealed its investment promotion policy to promote International Headquarters (“IHQ“) and International Trading Center (“ITC“) businesses on 11 December 2018. These two activities have been replaced with a new investment promotion activity known as International Business Center (“IBC“). This is also in line with the Thai Revenue Department’s (“TRD“) policy to promote the IBC scheme. The objective driving such change is to support the government’s policy which aims to transform Thailand into investment hub being able to compete with regional and global players. The scope of activities, conditions and benefits of the IBC regime specified by the BOI are summarized below.

A. Scope of IBC activities

The IBC regime under the auspices of the BOI is essentially the combination of the IHQ and ITC schemes. IBC companies may only provide services to its domestic or foreign associated enterprise, except for ITC activity. According to the BOI’s current interpretation, ITC activity includes only wholesale businesses. The activities that an IBC can undertake are as follows:

In general, an IBC business is considered a service business by the Ministry of Commerce. Therefore, a company deemed as a “foreigner” under the Foreign Business Act would require the following: (i) foreign business license or (ii) foreign business certificate issued pursuant to the investment promotion from the BOI, to operate in Thailand. In practice, the second option is preferable in terms of the application process as the first option requires disclosure of more extensive information regarding the business and generally has a lengthier overall process. Further, once investment promotion has been granted by the BOI, the promoted business will be entitled to certain benefits and privileges as opposed to the first option.

B. Conditions for applying for investment promotion under BOI incentives

A company that wishes to operate the scope of activities mentioned above in Thailand may apply for investment promotion from the BOI as an IBC if all conditions set out in the table below are met.

C . Non-tax privileges granted to an IBC under BOI promotion

Similar to the repealed IHQ and ITC schemes, the BOI will provide incentives to investors; including permission to own land for IBC operations, work permits for experts and technicians, exemption of import duty on machinery that is used for research and development and training, and permission to take out or remit money abroad in foreign currency.

Please note that this change in policy will not impact the business operations of existing IHQ and ITC-promoted companies.

Part II: IBC as promoted by the Revenue Department

Thailand launched the IBC scheme to replace Regional Operating Headquarter (“ROH“) (consisting of ROH1 and ROH2), IHQ and ITC schemes, due to the requirements under BEPS Action 5 on Harmful Tax Practices.

The criteria and tax privileges granted to an IBC are summarized below.

A. Scope of IBC activities

(i)    Support services are defined as:

(iii)    International trading center means cross-border procurement and sale of goods as well as the provision of services in connection with such international trading.2  (ii)    Financial management services are defined as:
To qualify for the IBC scheme provided by the TRD, a company needs to submit an application, business plan, list of Thai and foreign Associated Enterprises, and list of expatriates. Existing ROH1s, ROH2s and IHQs may convert to the IBC scheme by submitting an application to the TRD.

B. Criteria of IBC

The criteria for obtaining tax privileges under the IBC scheme with the TRD is as follows:

Tax privileges mentioned above will begin after the Director-General of the Revenue Department has granted the applicant IBC approval. Tax privileges prescribed under items (i) – (iii) above will be available for 15 accounting periods.

Nevertheless, if an IBC either does not satisfy any one of the criteria mentioned in items B above for more than one accounting period consecutively, or is not qualified as an IBC as defined under the Royal Decree, the Director-General of the Revenue Department has the authority to revoke IBC approval. In such case, all tax privileges under items C (i) – (v) will be terminated from the first accounting period (claw back).

Baker McKenzie will monitor the implementation of the new IBC scheme and will provide regular updates as necessary.

3.Under the Royal Decree, IBC Expenditure is defined as expenses which the IBC pays in order to generate IBC Income.

4. Under the Royal Decree, IBC Income is defined as: 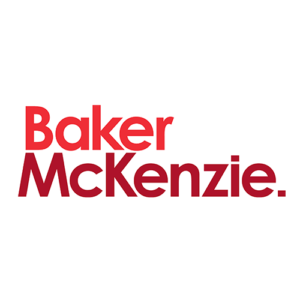