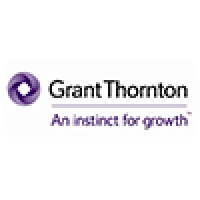 According to the National Statistical Office in Thailand, women made up almost half (46%) of the workforce in 2019. Although Thailand’s current progress towards workplace equality compares favourably to other parts of the world, an equitable distribution of leadership roles nevertheless remains an unmet goal.

Grant Thornton’s Women in Business 2020 report reveals that Thailand has a greater percentage of women in senior leadership positions than both the Asia-Pacific region and the global average. In Thailand’s mid-market companies, women hold 32% of senior leadership positions, which represents a slight uptick from last year and is higher than the global average of 27% as well as the APAC average of 26%.

These figures are pulled from Grant Thornton’s International Business Report, which surveyed 5,000 mid-market companies in more than 30 countries around the world. 103 businesses in Thailand responded to the survey, which offers rich insights into women’s progress in the global workforce.

The numbers from Thailand show promising trends, although there is still room for improvement. Among mid-market companies, the number of businesses with no women in senior management has decreased by 5 percentage points – from 19% in 2019, to 14% in 2020. As with several other related indicators, Thailand’s numbers on this metric show more diversity than the overall averages for both the region (20%) and the world (17%).

Thailand is also performing comparatively well when it comes to having women in the very highest positions of power: 24% of CEOs / Managing Directors in Thailand are women, compared to 20% worldwide and only 13% in Asia-Pacific.

Many mid-market businesses in Thailand are looking to build on this trend towards equality, with 69% of respondents to the Grant Thornton survey saying that they are actively working to improve their gender balance. The three most common initiatives to achieve this outcome are: enabling flexible working (35%), creating an inclusive culture (34%), and ensuring equal access to developmental opportunities (31%).

While women in Thailand are doing quite well in the business realm, the picture in the political sphere is far less rosy. Out of the country’s 500 members of parliament in the Lower House, only 81 are women – for a total of just 16.2%. This gender imbalance is even more lopsided than the global average of 24.9%, as determined by the Inter-Parliamentary Union.

While the percentage of women in the Thai parliament is still relatively low, the current figures represent an improvement over previous years. The general election in February of 2019 led to a marked increase of female representation in the Lower House, rising from 5.4% to 16.2%.

Of these, the most significant gap is in political empowerment, which is largely responsible for Thailand’s unimpressive ranking. The gender gaps in education and health are almost non-existent, while the gap for economic participation and opportunity is small to moderate and better than the global average.

As with so many other things, the Thai government is lagging behind the private sector on this issue. Equal participation is a fundamental step towards inclusive governance and an equitable society – and is indeed the best way to bring about public policies that genuinely address the needs of all citizens.

Thailand, along with the rest of the world, is heading in the right direction, but still falls short of the equal outcomes that we should be seeing. Beyond simple questions of fairness, a greater diversity of people in business and government means more perspectives to consider – and ultimately better strategic decision-making and better execution. 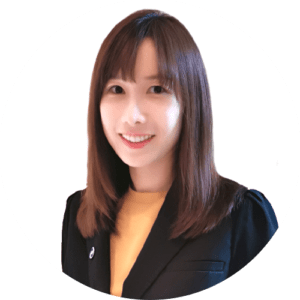 Panittaya Changchit, Director – Marketing Communications and Business Development, Grant Thornton
Panittaya is a marketing professional with a wealth of experience in service driven organizations. Prior to joining Grant Thornton, she was a Country Marketing Head for Willis Towers Watson leading Thailand and across other key markets in Asia Pacific. Panittaya holds a Master’s Degree in Business Administration from Texas A&M University and a Bachelor’s Degree in Industrial Engineering from Mahidol University.
Share:
Facebook
Twitter
LinkedIn