27 MAR – Meet the Heads “The Beginning of a Great Heart” 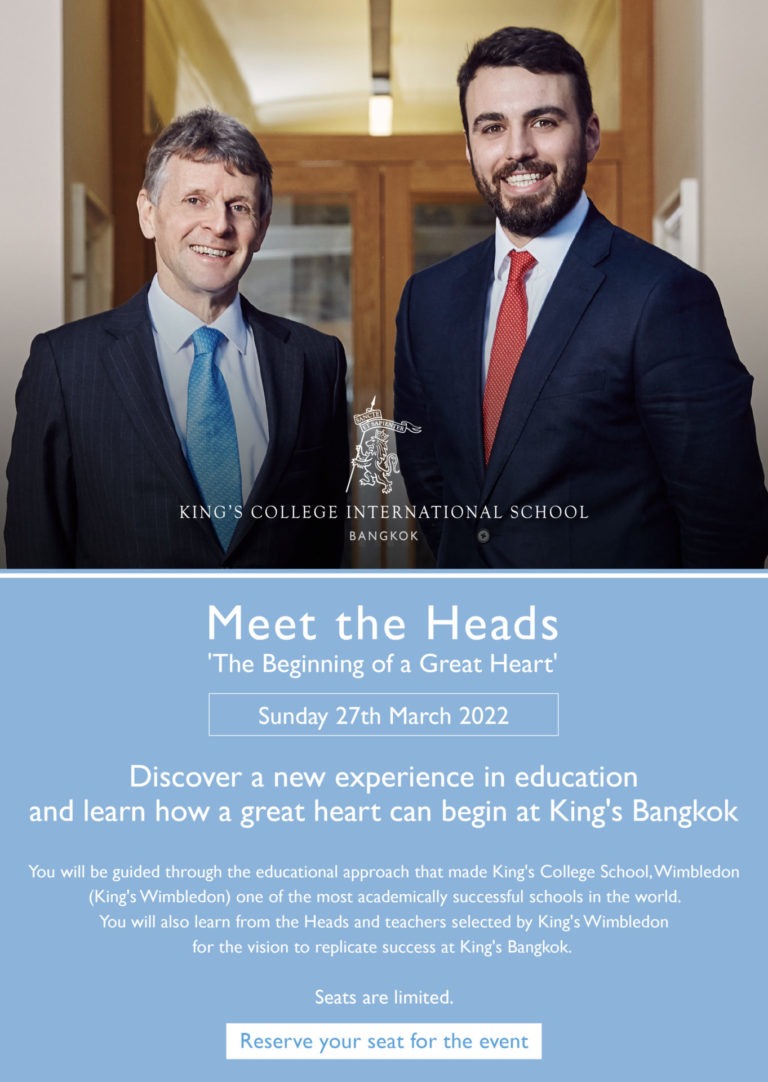 Discover a new experience in education at Meet the Heads event ‘The Beginning of a Great Heart’ at King’s College International School Bangkok on 27th March 2022.

The King’s Wimbledon curriculum has a proven track record of producing academic excellence as well as creative alumni who go on to have success in a wide range of fields. In 2019, 96.3% of all GCSE/iGCSEs were A*-A (or 9-7) and 94.9% of all A-Levels were A*/A/B. Each year, around 25% of the student body goes on to Oxford or Cambridge, and more than 90% attend their first-choice university.

At the event, you will be guided through the educational approach that made King’s College School, Wimbledon (King’s Wimbledon) one of the most academically successful schools in the world. You will have a chance to meet and speak to Mr. Andrew Halls, Head Master at King’s Wimbledon (2008-2021), and Mr. Thomas Banyard, Headmaster at King’s Bangkok. You will also learn from other Heads such as Head of Primary, Deputy Head (Senior School) and Head of Science in the panel discussion – “How does a Great Heart begin at King’s Bangkok?”