Options for Employers in Thailand During the COVID-19 Outbreak

As Thailand, and the world, face the growing COVID-19 crisis, the impact has begun to spread beyond people’s health and into the economy as a whole. While some businesses may be able to move to remote working practices to minimize economic distress, others may require a physical presence that becomes difficult or impossible to maintain, or may face substantial changes to their operations, resulting in hardship or emergency measures.

In this rapidly developing situation, employers may thus find themselves faced with unforeseeable events that require them to take drastic actions related to their workforce. In such instances, it is important that employers know their options. This article identifies some of the more common scenarios that are arising, and what employers in Thailand can do under Thai labor laws when faced with them.

An employee falls ill with COVID-19 and needs to take sick leave
The employer is required by law to pay wages to the employee, but not exceeding 30 days in a year.

1. An employee is quarantined by authorities for being in a risk group

The employer is not required to pay wages during the closure period ordered by the authorities—again under the principle of “no work no pay.”

2. An employee falls ill with COVID-19 and needs to take sick leave

The employer is required by law to pay wages to the employee, but not exceeding 30 days in a year.

3. Authorities issue an order requiring the employer’s business to temporarily close down

The employer is not required to pay wages during the closure period ordered by the authorities—again under the principle of “no work no pay.”

If the COVID-19 outbreak critically impacts the employer’s business, for example by causing a greatly reduced number of customers or a greatly decreased amount of purchase orders, and the employer needs to close down the business temporarily or stop production, the employer may apply for a temporary cessation of operations. An example of this would be where an employer has to reduce production by 50 percent and needs to ask employees to work for only three days a week, rather than the normal five. Another example would be where the employer separates employees into groups and assigns each group to work for a certain time and then take time off on a rotating basis.

Under section 75 of the Labor Protection Act (LPA), an employer is entitled to temporarily cease operations, during which time they must pay employees at least 75% of their regular working-day wages, subject to the following conditions:

The LPA does not indicate what qualifies as a “necessity” for employers to invoke the measure. Thai Supreme Court precedent, however, does offer some guidance, indicating that both (1) a reduction in customer purchase orders and (2) financial difficulties faced by the employer are viewed as situations of necessity. Furthermore, the situation has to be significant and must seriously impact the employer’s business. It cannot be a result of the employer’s own failure to conduct business efficiently.

5. The employer decides to lay off employees

Under Thai labor law, if the COVID-19 virus impacts the employer’s business to the point that the business cannot operate, the employer may terminate or lay off employees, taking care to observe the following conditions:

In addition, if the employer has a CBA with a labor union or the employees regarding temporary cessation of operations or layoffs, the employer must abide by the procedures stated in the CBA. Failure to do so could result in the employees claiming violation of the CBA.

6. Force majeure prevents the employer from paying wages
At present, the court has not taken a clear position on whether the COVID-19 situation is or can result in a force majeure event, and it is likely to be addressed by the court on a case-by-case basis. Situations arising from events deemed as force majeure, resulting in the employer not being able to operate, enable the employer to withhold all wages from employees.

Force majeure is described under Thai law as referring to events that a person is not able to protect against, despite taking the appropriate care that should be reasonably expected from him or her in such a situation. Earthquakes and tsunamis are examples of force majeure—for example, the collapse of a factory due to an earthquake, resulting in the employer being unable to operate, would justify withholding of wages.

However, if the above incidents result in the shutdown of a factory, the employer would still be entitled to apply for temporary cessation of operations under LPA section 75.

While it remains unclear what situations, if any, will constitute force majeure during the COVID-19 crisis, this is sure to be a topic of dispute between employers and employees in the coming months.

Although the measures described in this article, such as temporary cessation of business operations and layoffs, may not be the answer to all of an employer’s problems in this current economic crisis, for some it may be a question of survival. Acting prudently to handle these challenges is of utmost importance, which in this case means being fully informed of each potential action before implementing one course or another.

For more information about employment law in Thailand, please contact Chusert Supasitthumrong at chusert.s@tilleke.com or on +66 2056 5793. 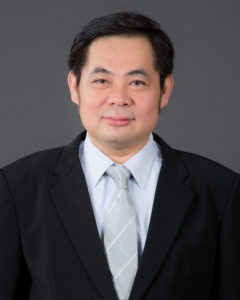