Seeing green in Thailand: a legal perspective on advertising cannabis and hemp products

Considered illegal only a few years ago, products derived from cannabis and hemp are becoming increasingly visible throughout Thailand, as manufacturers start offering their products to the general market. However, while cannabis and hemp products are starting to become more widespread, they are not necessarily advertised to the public as frequently. This is because of existing restrictions limiting the promotion of such products under the Narcotics Act.

For context, while certain parts of cannabis and hemp have been delisted, an announcement made by the Ministry of Public Health on 14 December 2020 clarified that the non-listed part(s) of cannabis and hemp plants are still under the Category 5 list of narcotic substances under the Narcotics Act.  Therefore, businesses that wish to advertise cannabis and hemp part(s), including products made from them that have not been delisted (i.e., parts of hemp that contain THC levels of more than 0.2% of its dry weight), are still considered illegal and subject to several penalties for the promotion and advertisement of narcotics substances under the Narcotics Act and other related legislation.

With that said, the advertising of exempted parts of hemp or cannabis, as well as products made from them, is allowed under specific legal requirements depending on the type of end-products the producer intends to promote. For example, the food products related to hemp will be governed by the Food and Drug Administration Notification on the Requirement on Advertising Food B.E. 2564. In addition, those advertising such products must correspond and obtain permission from the relevant authorities, namely the Food and Drug Administration and the Office of the Narcotics Control Board, to ensure their promotional materials are in line with current regulations.[1] To illustrate, the Thai FDA provided that manufacturers of beverages made from hemp or cannabis are prohibited from advertising products as having relaxing and refreshing effects, as it might mislead the consumer in the essence of food.[2] Unlike food products, manufacturers of cosmetics made from Hemp do not require permission from relevant authorities to advertise their products; however, they must do so in accordance with the Cosmetic Product Act B.E. 2558[3], mainly Chapter 6 which deals specifically with the advertisement of cosmetic products. According to Chapter 6, statements which are unjust to consumers or considered detrimental to society, such as false or exaggerated statements, are prohibited.[4]

Regulations surrounding hemp and cannabis have developed rapidly over the last year, with certain parts of the plant having been delisted from the Category 5 list of narcotic substances under the Narcotics Act. While specific requirements for advertising or promoting cannabis and hemp products are ambiguous on a regulatory level, we can expect to see clearer legal frameworks in the near future as expressed by Thai lawmakers. 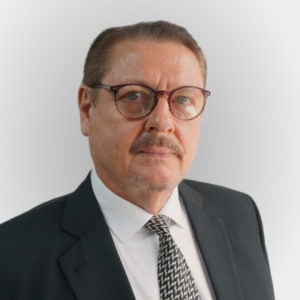