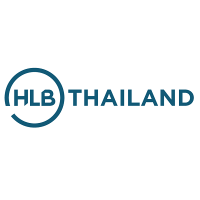 Thailand’s economy is currently at its weakest since the 1997 Asian financial crisis. This has led the Thai government to put on hold its plans to undertake major reforms of tax policies.

Tax revenue collections in 2020–2021 have weakened due to the pandemic’s effect on businesses, especially those in Thailand’s hard hit tourism industry. The Thai government received approval this month to borrow another Baht 500 billion (approximately $16 billion) to fund the government’s projects for tackling COVID-19.

Thailand’s tax revenue collections in terms of its ratio to GDP is relatively low compared to OECD countries and this ratio has dropped further as a result of the pandemic. The tax reforms, now delayed to 2022, will aim to increase tax collections in the long term, against the backdrop of an ageing population and shrinking workforce.

Thailand’s Fiscal Policy Office has recently reported that the draft plan for tax restructuring for 2022–2026 will focus on four goals, namely:

How these goals will be met has not been determined yet. The OECD has recommended that fiscal policy reforms focus on tax efficiency, increased compliance and less distortive tax bases.

A recent example of tax reform in Thailand is the new property tax legislation that came into effect in 2020, after numerous attempts over the years to reshape the way property tax is imposed in Thailand.

Under the new law, the types of property taxed is expanded, the government’s appraised value of the property is used as the tax base rather than its subjective rental value, and higher rates of tax apply for unutilised land to discourage land banking. The impact of the new tax has been muted so far, with the government implementing a tax cut of 90% for 2020 and 2021 due to the pandemic.

VAT forms a large part of the Revenue Department’s tax collections, making up 40% of its tax revenue target for the fiscal year ended September 30 2021.

Thailand’s VAT rate has been 7% for many years now. As the Revenue Code sets the standard rate at 10%, a Royal Decree is issued to reduce the rate to 7%. The latest Decree expires on September 30 2021, leading to speculation about a possible rate increase. The finance ministry has however confirmed it currently has no intention to propose a higher rate.

One area of focus for Thailand’s Revenue Department has been the continued roll out of transfer pricing (TP) rules and guidance notes following the introduction of TP laws in 2019, as part of the country’s commitment to implement the OECD/G20 BEPS Action Plans.

The Revenue Department now has significant data about taxpayers’ related party dealings in Thailand, which is likely to be used in selecting taxpayers for TP audits.

In another BEPS-related initiative, starting from September 2021, foreign e-commerce businesses will be liable for VAT on services provided to customers in Thailand.

Thailand has one of the fastest growing e-commerce markets in South East Asia and the Thai government expects to generate annual revenue of Baht 5 billion from this measure.

There is a relatively low number of registered personal income taxpayers in Thailand. Reforms are therefore expected to target improved compliance.

The pandemic has shifted more sole traders online, making their activities more visible. It has been reported that the Revenue Department aims to pull 500,000 individuals into the tax system, including online merchants and influencers, YouTubers and freelancers.

Personal tax rates in Thailand range from 5% to 35% whilst the standard corporate tax rate is 20%. Small and medium Thai companies meanwhile receive preferential tax treatment. The first Baht 300,000 of profit is exempt from tax, whilst the profit from Baht 300,001 to Baht 3 million is taxed at the rate of 15%.

The disparity in personal and company tax rates may entice entrepreneurs entering the tax system to consider trading as a company instead to pay less tax on their profits. A law has been drafted to allow single shareholder companies to be formed in Thailand, which would make it simpler for small businesses to operate as a company.

One of the reasons for the tax restructuring proposed for 2022–2026 is to increase revenue collections in the long term to meet the needs of an ageing population.

Thailand’s old-age dependency ratio, defined as the number of persons aged 65 and over relative to the 20–64 years old population, is projected to increase rapidly over the coming years. Greater demand is therefore expected to be placed on the social security system and the public health sector in the future.

The timing of any ambitious tax reforms will be dependent on how quickly the government can reign in the pandemic’s impact on the country’s economy. 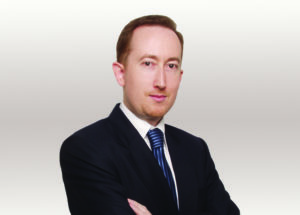