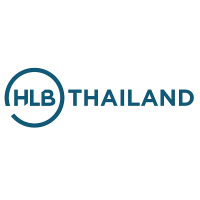 The CbC MCAA will come into effect for Thailand by January 2023 and Thailand will begin exchanging information with other signatory countries of the CbC MCAA in June 2023.

Country by Country Reports:  An Introduction

A Country by Country Report (CbC Report) broadly captures the aggregate data on the global allocation of income, profit, taxes paid, and economic activity among tax jurisdictions in which multinational enterprises (MNEs) operate.

A CbC Report is intended by the OECD to be part of a three-tiered structure, along with a global master file and a local file, which together represent a standardised approach to transfer pricing documentation which will provide tax administrations with relevant and reliable information to perform an efficient and robust transfer pricing risk assessment analysis.

The adoption of CbC reporting is contained in Action 13 of the OECD’s base erosion and profit shifting (BEPS) framework to address tax avoidance, ensuring that profits are taxed where economic activities generating the profits are performed and where value is created. CbC reporting will help in high-level transfer pricing and BEPS risk assessments.

To facilitate the exchange of information through the CbC Report by tax authorities of various countries, the CbC MCAA was put in place in January 2016.  The OECD emphasized that the exchange of information through the CbC Report amongst CbC MCAA signatory countries will be strictly subject to confidentiality and data safeguarding rules.  This will be achieved through the incorporation of appropriate provisions in domestic tax legislation together with other provisions relating to the use of information exchanged and the avoidance of disputes that may arise on account of double taxation.

Signing of the CbC MAA follows Thailand’s commitment to implement the BEPS minimum standards when it became a member of OECD’s Inclusive Framework on BEPS in June 2017.

An MNE group that has consolidated group revenues of not less than THB 28 billion in the immediately preceding accounting period is obligated to prepare and submit a CbC Report.

The Revenue Department has created a page dedicated to CbC Reporting here.

How does this impact MNEs?

With this latest development, it is noteworthy that MNEs should proactively reassess their global operations together with tax reporting in order to ensure alignment with their economic value and supply chain.  This will necessitate enhanced consistency and transparency in the reporting and documentation of the MNEs’ economic activities globally as well as at the local level.  Any material deviation of facts in relation to the business operations forming part of the local TP documentation of an entity from its MNE group’s CbC Report will lead to severe tax consequences and penalties.