At a meeting on December 21, 2020, the Thai Board of Investment (BOI) approved a series of stimulus packages aimed at encouraging local and foreign investment, as the government seeks to boost Thailand’s economic recovery from the COVID-19 pandemic. The additional investment incentives, which will be promoted by the BOI in the upcoming year, include a number of sector- and project-specific stimulus measures.

Projects in target industries with investment of at least THB 1 billion (approx. USD 33 million) over a 12-month period, starting from the issuance of the BOI promotion certificate, will be entitled to an additional 50% corporate income tax (CIT) deduction for a period of five years, calculated on top of the standard 5–8 year CIT exemptions offered under the normal BOI tax-incentive scheme. To obtain this special tax incentive, eligible projects may apply to the BOI from January 4 to December 30, 2021.

Projects that support digital technology adoption, such as software integration, artificial intelligence, machine learning, or big data analytics, may benefit from 50% CIT exemptions on profits generated from their existing BOI projects for an additional three years. Applications for the exemption must be submitted by the end of 2022.

Measures relating to special economic zones cover more than 300 investment promotion categories, with both tax and non-tax incentives, including an additional tax incentive for target industries such as textiles, agriculture, home furniture, jewelry, and others. These incentives are available to projects located in the border areas of Thailand (i.e., the 10 special economic zones in the provinces of Chiang Rai, Kanchanaburi, Mukdahan, Nakhon Phanom, Narathiwat, Nong Khai, Sa Kaeo, Songkhla, Tak, and Trat), with the BOI accepting applications for these incentives until the end of 2022.

The BOI has also extended investment project deadlines for five southern provinces (Narathiwat, Pattani, Satun, Songkhla, and Yala) by an additional two years, again up to the end of 2022.

Genomics technology, which enables advancements such as embryo examination during in-vitro fertilization (IVF), precise cancer detection, and development of innovative medicines, vaccines, and biological products, is targeted by Thailand as a growth industry worth approximately THB 70 billion (USD 2.35 billion) per year. The BOI has thus granted the Genomics Thailand project, located at Burapha University in the Eastern Economic Corridor (EEC), equivalent status to other special EEC zones, including the EEC of Innovation, Digital Park Thailand, and the Energy Efficiency & Conservation Authority. Investors in this new genomics economic zone will be entitled to the same additional BOI tax incentives as other EEC investment projects. 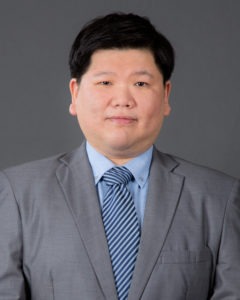 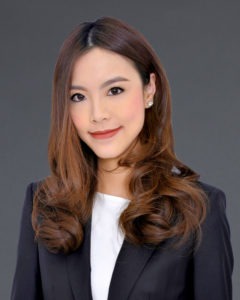 Natthanit Mallikamal, Consultant, Tilleke & Gibbins
Natthanit Mallikamal is a consultant in Tilleke & Gibbins’ corporate and commercial group. She advises international and domestic clients on matters relating to banking and finance, project finance, and taxation, as well as on broader corporate and commercial matters including company formation, foreign investment (particularly entering into joint venture agreements and obtaining foreign business licenses), labor and immigration, and e-commerce transactions. Natthanit holds an undergraduate degree in law from Chulalongkorn University, a master’s degree in tax law from Queen Mary University of London, and a master’s degree in international finance law from King’s College London. She is fluent in Thai and English. 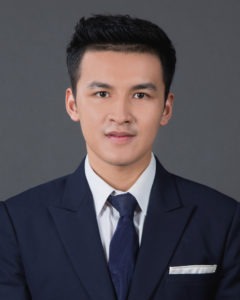 Supasit Saypan,Consultant, Tilleke & Gibbins
Supasit Saypan is a consultant in Tilleke & Gibbins’ corporate and commercial group in Bangkok. His practice focuses on corporate and commercial law, where he regularly advises domestic and international clients across various industries on company establishment and licensing in Thailand, including obtaining Foreign Business Licenses and securing investment promotion from Thailand’s Board of Investment. He also assists clients in conducting legal due diligence ahead of mergers, acquisitions, and other commercial transactions; advises on Thai customs law including import and export licenses, import duty privileges, bonded warehouses, advanced customs rulings, and compliance with customs procedures; and assists in a range of family-related private client work, including adoption and inheritance. Supasit graduated with an LLB from the University of Exeter, a leading university in the United Kingdom, and received an LLM from Thammasat University in Thailand. He is fluent in Thai, English, and Hindi.
Share:
Share on facebook
Facebook
Share on twitter
Twitter
Share on linkedin
LinkedIn