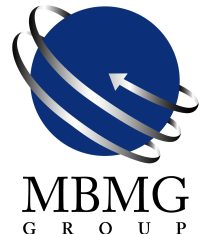 Foreigners have gone from being the scapegoat for Covid-19 in 2020 when many were unfairly refused into restaurants, banks and shops or charged higher prices, to this month when the Thai government announced a series of new visas supposedly to reach out and invite ‘wealthy’ foreigners to come and live in Thailand to retire, invest in or work. Details at this point remain unclear and what we have summarized below should be taken as an outline. For some, existing visas may make more sense, but the highlights of the new visas are those that also support work or direct investment in a Thai or foreign business. Interesting is the visa designed for the ‘digital nomad’ but prefer to see confirmation from the Revenue Department on the rules for personal income tax, as from what we’ve heard the favorable tax conditions run contrary to their current rules.

Thailand has been criticized for having outmoded practices and regulations when it comes to visas but 1-2 of these new visas do appear to be a step in the right direction and may help counter this opinion. However, seriously wealthy people will also want to purchase land and property in their own name just as they can in most other countries and the government will have try to work out the best solution for this that can keep all sides happy.

Pros/Cons: The condo investment option is potentially appealing given that a resident will solve both their residence and visa issues at the same time. A THB 10 million condo might also buy a suitable amount of living space for minimum three-year holding period, however, there is THB currency risk to withstand, and the value of property can always rise as well as fall (although Bangkok property prices generally remain less expensive than most major SE Asian Cities). We don’t recommend investing THB 10 million directly into Thai government bonds for three years, and besides the very low return, there is also THB currency risk. Whichever option, the capital must be transferred in from overseas stating clearly that the purpose is for condo/government bonds so that the amount isn’t subjected to personal income tax and can be taken out of the country relatively easily.

Pros Cons: The existing Investment Visa requires a lower amount to invest and there is nothing to say that it can’t continue be rolled over each year. This new visa appears to be target foreign direct investment into a business, but this will likely be subject to other many other existing conditions and ministerial approvals. If there is no plan to invest or work, then we recommend the retirement visas.

We don’t have details on the qualifying assets but given the higher amount needed, we assume that the definition will be broader than it is for Investment.

Pros/Cons: The existing visa has its advantage in that it is not demanding but it does require 90-day reporting and there remains THB currency risk on the THB 800,000 deposit.

Pros/Cons: There does not appear to be any benefit from the new visa unless the retiree was planning to purchase a property for less than THB 10 million or directly invest in a business for at least THB 7.5 million and already has an annual pension of THB 1.2 million. It is not entirely clear if all of this pension must all be brought into and kept in Thailand – therefore, without these details we are unable to know if it is a more suitable to the existing visa for retirees who don’t wish to directly invest in a business. Proven pensions brought into Thailand are exempt personal income tax.

We are told by immigration that Income earned and brought into Thailand in the same year will be exempt personal income tax, however, this is contrary to the Revenue Department’s rule that only income earned in previous calendar years can be brought into Thailand exempt of tax while all income for work undertaken in Thailand is taxable – we prefer to wait for clarification from the Revenue Department on this. For highly skilled professionals earning money abroad and transferring into Thailand in the same calendar year then this is subject to tax on a minimum transfer of THB 1.2 million but at a special flat rate of 17% (based on Eastern Economic Corridor rate – EEC). The need for a work permit is waived for this visa.

Pros/cons – most digital nomads don’t intent to pay tax anywhere. This visa is, in theory, for 10years providing that the conditions are met but there is no mention of what happens if in a year if THB 1.2 million isn’t achieved? For the highly skilled professional, they’d likely earn more than THB 1,200,000 per year, but this visa might encourage some expats to switch their existing visa to this new one and restructure their salary so that a portion is received abroad and reduce their Thai income tax by bringing in the minimum and paying only 17% instead of reaching the highest marginal tax rate of 35%. We assume that the products/services of a ‘nomad’ can’t be sold to Thais which could generate VAT and create permanent establishment (PE).

Apparently, none of the new visas are expected to require 90-day reporting although the legal process to achieve this may not yet be complete. Additional details for rights to purchase land and property at specific zones and values will probably be in sync with those rules in place for the EEC and these are expected to be made clearer soon. 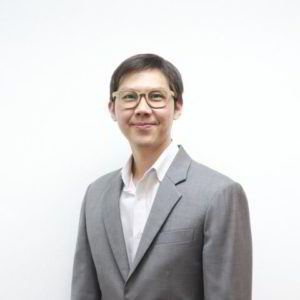