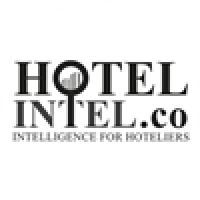 The Road to Recovery for Oceania: Expert Opinion from an eGlobal Panel

While the coronavirus has hit Europe and the USA hard, and continues to cause both fresh and extended havoc in other parts of the world, Oceania seems to have got off relatively lightly. A panel discussion hosted by Stuart Jay Raj for eGlobal Travel took a closer look at the situation in Australia and the Pacific with a focus on how things are likely to develop. Participants included Simon Wan, President of Staywell Holdings, Barry Mayo, CEO of Travel Managers, and Caroline Brunel, Australia/New Zealand Director of Tahiti Tourism.

The timeline for recovery will vary for different locations and tourism sectors. Barry noted that commercial flights will be a key step, and believes that Australia and New Zealand may see flights from July. This optimism is quickly tempered, however, by the suggestion that it may be October before Fiji is re-connected, while long haul flights to Europe might even have to wait until March 2021. Routes are likely to be re-introduced gradually as airlines assess the viability in each case. Cruising in the region could be possible from October, but current interest from customers has very strong focus on small ships and expedition sailings, with the big cruise ship attracting very few inquiries at the moment. It is likely that pricing will be very attractive to try to persuade customers who have seen a lot of negative publicity surrounding cruise ships in recent months.

Tahiti is a rather special case due to its isolation and reliance upon aviation. There is an obligation for France to maintain connections, but for now this is for cargo and repatriation only. With little certainty about when flights may resume, one priority on the ground is to put plans in place to ensure the safety of both visitors and islanders. While French Polynesia has very few Covid-19 cases, medical facilities on some islands would struggle with a serious outbreak so safety is critical in any re-opening.

Simon brought positive news from Australia, with three hotels in New South Wales now open and “inundated” with booking requests as pent-up demand brings a surge in interest. These hotels will be full during an upcoming holiday weekend. Queensland is yet to follow New South Wales in getting its tourism sector started, but will hope to do so soon in time for the popular winter season. Simon’s hotels in Japan are gradually opening now, while his Singapore property never closed, playing host instead to travelers who have been unable to leave Singapore. India remains closed for now, as the government continues to extend lockdown restrictions, but Dubai and Saudi Arabia may be back in business in late June-July. The UK will probably be the last to re-open, with Simon “thinking about August” for his British properties.

For Caroline, the question of how to inspire travelers to open their minds and wallets when the restrictions are lifted will be important. She recalled reading research which had reported that during the financial crisis of 2008, those businesses which had continued to advertise through the downturn had recovered nine times faster than those which had slashed their marketing budgets. Her strategy for Tahiti would therefore involve “keeping people dreaming” by providing content which offered insights into Tahitian life, thus keeping the destination in mind.

Barry explained that travel agents would first of all be focusing on providing good value packages in Australia, then New Zealand, and perhaps later within a Pacific “bubble”. The key would be ensuring fair terms from suppliers which would guarantee flexibility for customers is cancellations or changes became necessary. He observed that we have all learned lessons recently, and clarity in terms and conditions must improve, while insurance companies should offer transparency in their claims processes and better explanations of their coverage.

The idea of flexible cancellation policies and refunds was echoed by Simon, who added that he could foresee a shift in traveler habits where the average length of stay would be extended. If flights become more expensive, travelers would be inclined to travel less often and would shun multi-center vacations, preferring to stay longer in one place. His strategy, therefore, would be to promote this trend by encouraging visitors to explore destinations in more depth, thus staying longer and spending more. A focus on domestic markets will be important in the coming months as these may be the first to recover.

For traditional travel agents, and especially travel managers, the crisis may prove beneficial according to Barry, as people have learned that the OTAs are not easy to deal with when things go wrong. While this may lead many people to book direct with airlines in future, experience shows that even when you cut out the middle man, it is often no easier to get refunds. For these reasons, a professional travel agent can be invaluable in solving customers’ travel problems on their behalf. Understanding the current situation on the ground in different destinations is also something that will be valuable to customers and so the advisory role is one that travel agents will be able to fulfil, especially with complicated rules in different places changing so rapidly. Simon agreed that a return to the days of personalized service from travel agents who can intervene on a customer’s behalf may be just around the corner.

There was broad confidence that the Chinese will start to travel internationally in significant numbers as borders open up, given that traffic reports for major Chinese highways today indicate that people are beginning to move around domestically in large numbers due to pent-up demand for travel. Whether Australia will benefit from those tourists remains to be seen due to the current tensions between the countries. Similarly, Barry noted that demand for travel in to China may remain sluggish until greater clarity can be found regarding the origins of Covid-19.

On a closing note, it was argued that things are unlikely to return to the way they used to be, and therefore the industry must collaborate, experiment, and innovate. In particular, consumers should be incentivized through added value rather than discounting, while travel agents should be incentivized on the basis of volume. Greater clarity from health authorities will be needed to put an end to the confusion of conflicting advice and to set standards for the industry.

As ever, there will be new opportunities for redefined roles as everyone has to adapt to the different world that emerges in the coming months. Flexibility and cooperation will be essential for all concerned.